With the 246 Rule you can say goodbye to mediocre melodies forever. But first… Tea!

Most melodies these days are predictable and boring! That’s because most songwriters and producers don’t know music theory, and as a result, they actually end up following the rules without even knowing it. But, when everyone follows the rules, that’s boring! So, we created the 246 Melody Rule as a way to actually break the rules that result in boring melodies. Right, let’s decipher those numbers and get into it. A quick heads up though, the 246 Melody Rule is for intermediate songwriters and producers who are already comfortable writing melodies. If you’re not there yet, no problem at all, simply use the Melody Checklist in our Songwriting & Producing PDF, and your melodies will be elevated to a whole new level!

Right, so as you probably know, a triad is the most basic type of chord, which means it’s also the most popular type of chord (by far!). And as you probably know as well, a triad consists of three notes. For example, the Cmaj triad is made up of the notes C, E and G, which are numbered 1, 3 and 5, respectively. These are known as harmonic notes, as they form the harmony (i.e. the chord). Now, the numbers in our 246 Rule refer to the 2nd note, the 4th note and the 6th note. In other words, the notes that are not in the triad, but are still in the scale. The fancy term for these notes is “non-harmonic”, as they are not part of the harmony (i.e. the chord). And if you’re wondering about the 7, yes it’s also a non-harmonic note here because it’s not in the triad. However, the 7 is a whole different beast, so it’s not part of the 246 Rule, but more on that later.

First, we need to understand why most songwriters and producers are using the 2, 4 and 6 all wrong, despite the fact that they’re not actually wrong notes (cos they’re obviously still in the scale). It seems like a riddle, doesn’t it? Don’t worry though, the 246 Rule solves this issue once and for all! How? Well, when you play the 2, 4 or 6 in your melody, they create tension against your triad below, cos they don’t fit in completely. To hear this, play a triad and then play the 1, 3 and 5 above it as a melody. Those three notes fit in perfectly with your triad below, as they’re merely doubling what’s already there. Now, play a 2 in your melody. This note sits in between the 1 and 3, rubbing up against them and causing tension. And that brings us to the 246 Rule. When most songwriters and producers use the 2, 4 and 6, they resolve them down to the 1, 3 and 5, respectively. But, moving down a note after the 2, 4 and 6 is embarrassingly predictable! And on top of that, creating tension only to resolve it to the predictable note, kinda defeats the purpose of creating that tension in the first place.

For the record, there is absolutely nothing wrong with doing that sometimes. However, most songwriters and producers do that every time they use the 2, 4 or 6. The reason for that, is because they don’t know what to do with the tension they’ve created, so they simply follow where their ear leads them. And therein lies one of the biggest problems with popular music: songwriters and producers are making music by ear, but our ears will always lead us to the most predictable option. That is precisely why we need music theory. You see, for most songwriters and producers, making music feels like a mysterious (and often frustrating) journey through the dark, but it doesn’t have to be like that. Music theory is our flashlight that illuminates the way, revealing musical paths we could not see in the dark. And on that note, if you’re tired of all the trial and error, guesswork, and frustration involved in making music, then you can learn our secret song-whispering method, which we teach in our online apprenticeship course. More on that later, though.

Every time you use a 2, 4 or 6 in your melody, you have three options:

Option 1 is what the rules say you should do, and it’s also what your ears want you to do, and that’s why most songwriters and producers instinctively use option 1 every time, but that’s sooo boring! Great music is all about the other two options. 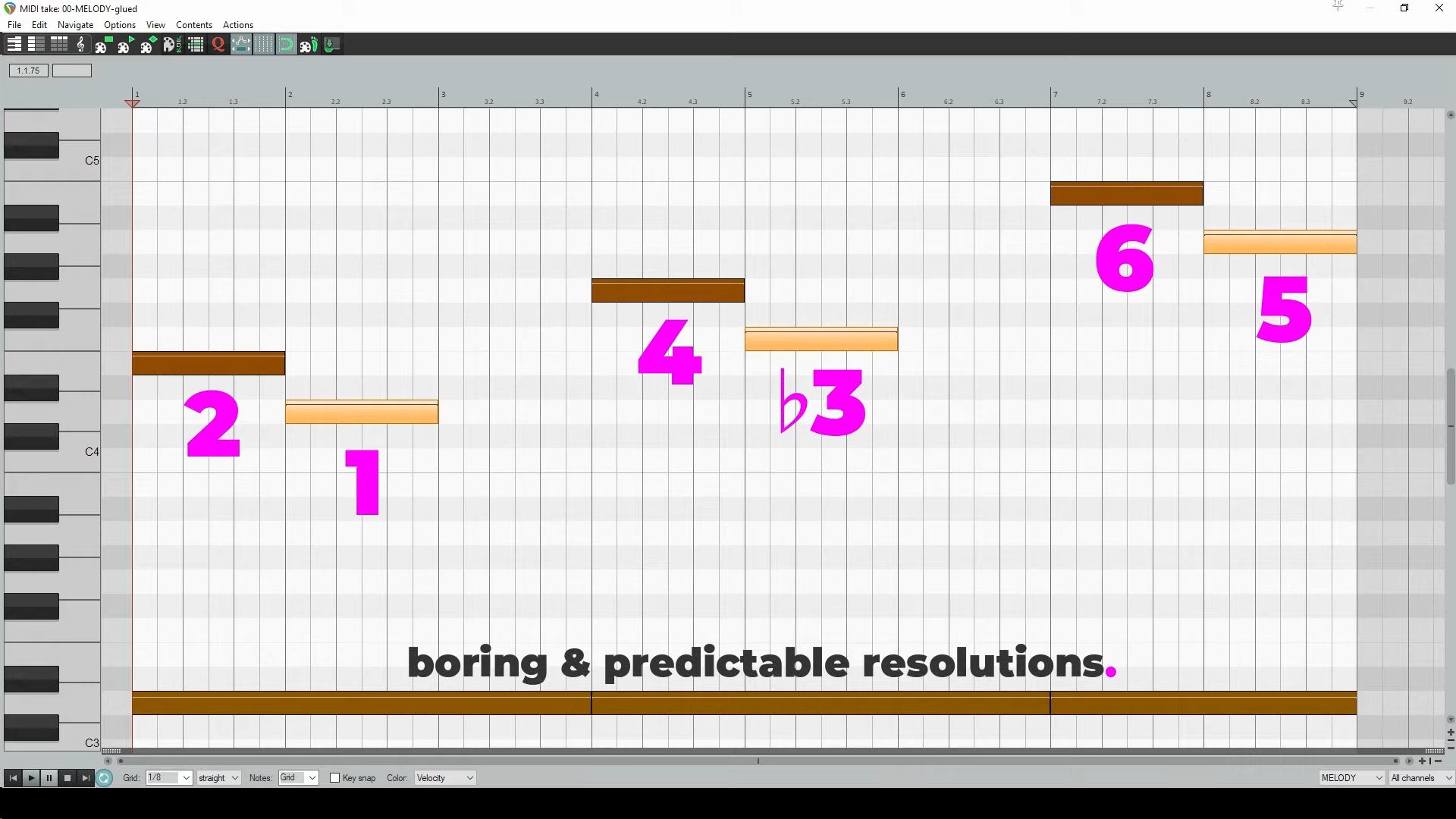 Okay, so those are the resolutions that our ears will steer us towards. And because most songwriters and producers are making music by ear, we end up with most songs sounding the same. Seeing as you’re here, you’re obviously wanting more from your music. That’s what the 246 Rule gives you, cos when you use it, your melodies will contain non-harmonic notes, but in a way that’s not predictable and boring!

So now you know why the 246 Rule is a way to break the rules that cause boring melodies, but how does it actually work? Easy! The rule is to ensure that every melody you write includes the second and third options in that list (above). In other words, make sure that at least one non-harmonic note in your melody goes up to the unpredictable harmonic note, like we did over the Cmaj chord, by taking the 2 (D) up to the 3 (E). Also, make sure that at least one non-harmonic note goes somewhere completely different, like we did over the Dm chord, by taking the 2 (E) way up to a completely unexpected ♭7 (C).

It’s that simple! Doing these two things will ensure your melodies are not boring or predictable, so start applying the 246 Rule to your melodies today. One extra thing to consider though. If you want your music to appeal to a broader audience, you should probably use the first option in that list (above) somewhere in your melody as well. In other words, resolve at least one non-harmonic note to the predictable harmonic note.

Lastly, let’s talk about that unique non-harmonic note, the 7, also known as the leading note. And that’s not just a clever name. The gravitational pull on this note is far more than on any other non-harmonic note. The 7 is absolutely desperate to claw its way up to the root, and it’s willing to do anything to get there! Now, we love going against the stream and not resolving the 7, cos taking it somewhere other than the root note creates incredibly strong emotions in the listeners. A warning though, those emotions will include shock! And while we make music purely for art’s sake, we appreciate that you may actually want to build a career as a songwriter/producer, so that’s why we do not include the 7 in our 246 Melody Rule. If you use the 7 and don’t resolve it up to the root, you do so at your own peril, haha!

In our example, we wanted to inspire peace and calm in the listeners, so we did actually resolve the 7 to the root (and by the way, it’s a ♭7 here). However, we used two techniques to make this resolution fresh and unpredictable. Firstly, we didn’t resolve up to the root, instead, we played the root an octave lower. And secondly, we ended a phrase on the 7 and started a new phrase on the root, so there’s actually a rest in between those two notes, which the listener won’t be expecting either. You see, even when you choose to follow the rules, there’s still creative ways to break them!

By the way, if you like the chord progression in this example, you can learn how we wrote the specific piano part in our Chillout Chords video. 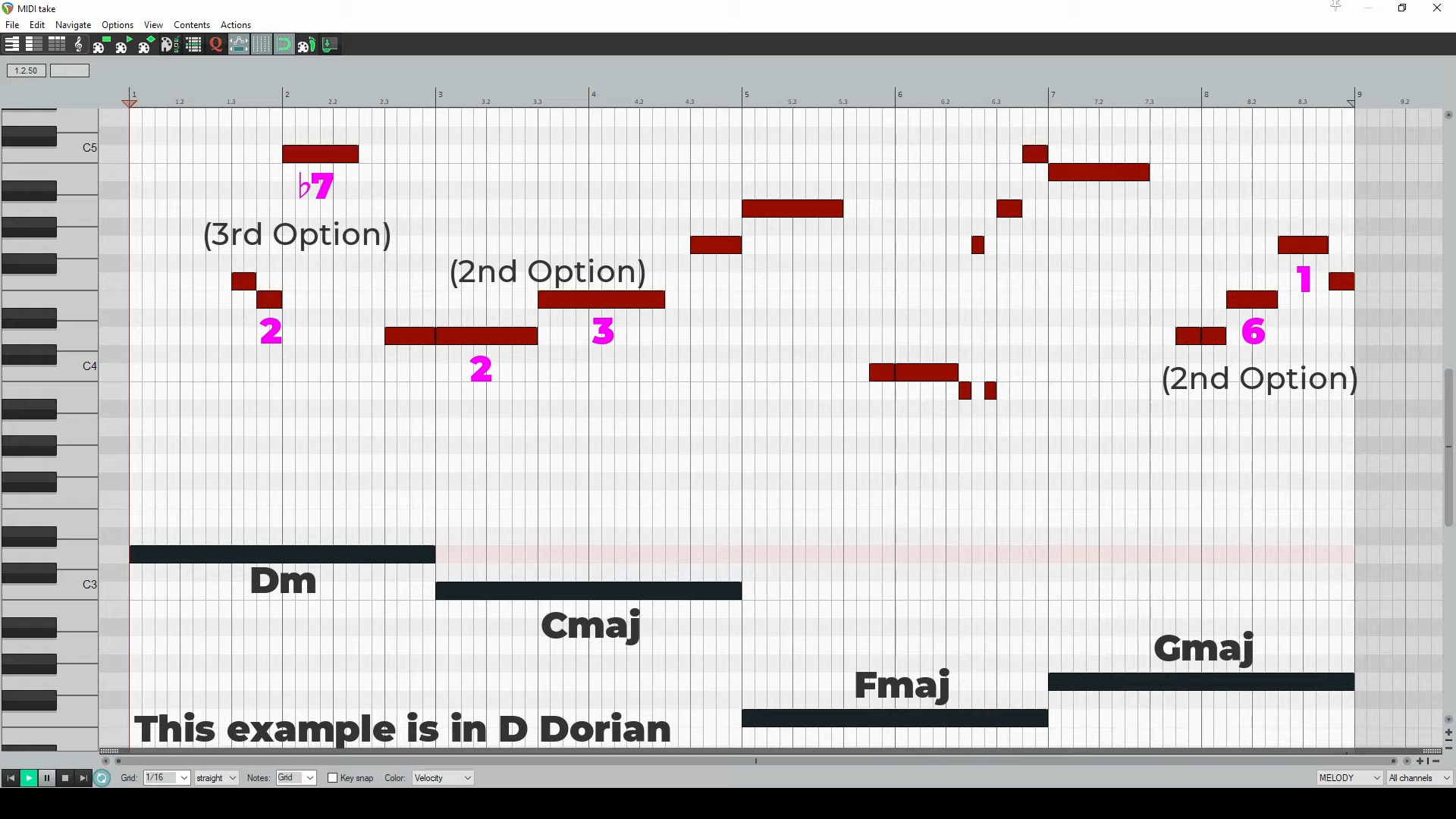 Regarding the current situation around the world. As music teachers, we can’t offer much help through this difficult time. However, as most people are now stuck at home, what we can offer, is a meaningful and productive timeout from the difficulties. It’s with that intention in our hearts that we offer you 50% OFF our online course Apprenticeship #1. It contains 17 hours of video that teach every step of the writing process, from blank screen to finished song. You will literally learn everything you need to know in order to write great songs, and finish them! We know that most people are sadly on unpaid leave right now, so we hope this half-price offer helps alleviate some suffering, and we truly hope you and your families are all safe and healthy. Lastly, please remember that music is magic, so keep pumping those uplifting tunes! Thanks for being here, and until next time, happy songwriting and producing. 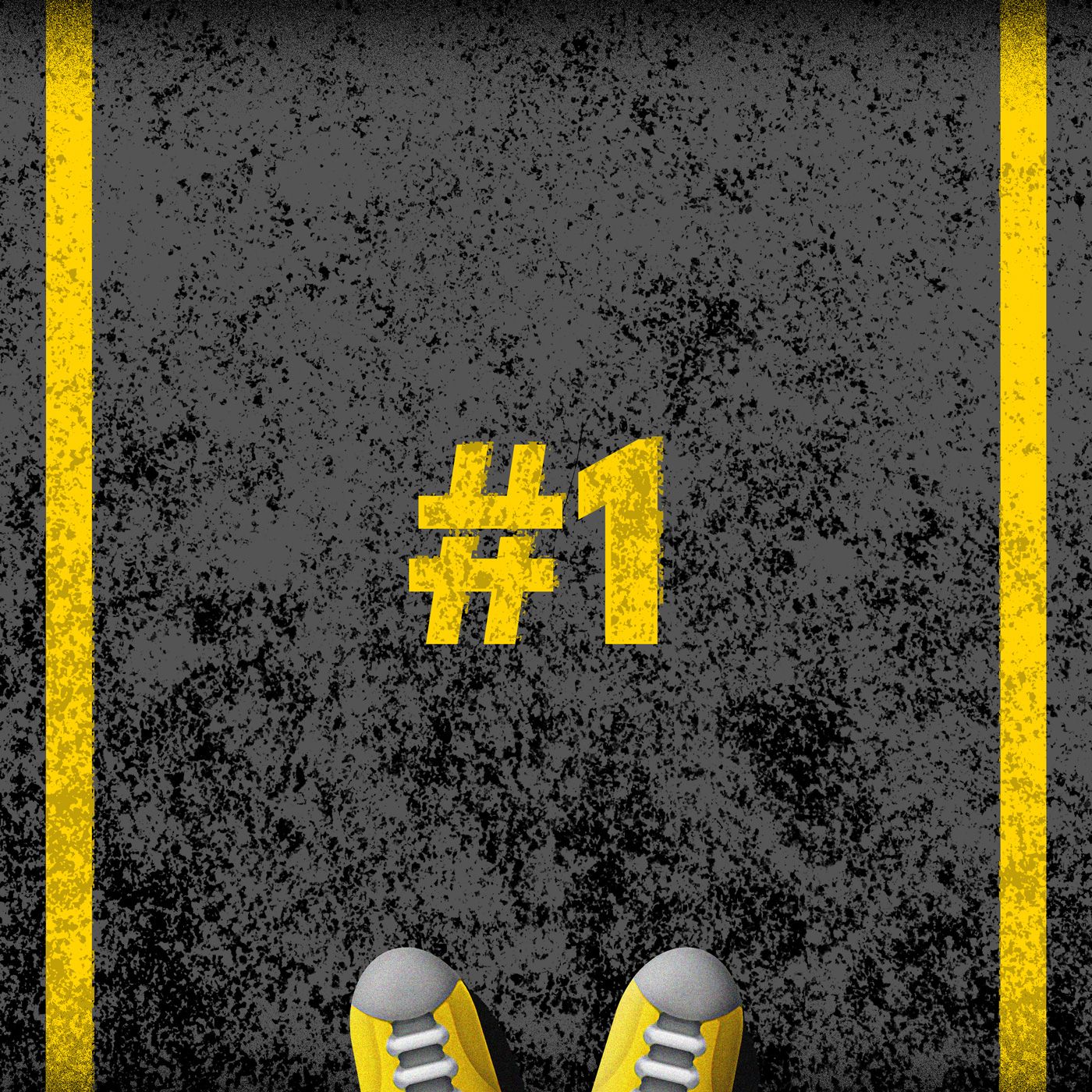