Download
Share
Read more…
0:00/???
Running Harmony is the art of running hard, sitting soft, and eating kind. My Running Harmony book is is a collection of all my writing on running from 2015 to 2016. As for me, Ray Harmony, I'm a British African based in Canada via the USA, and I've been Vegan Straight Edge for over 15 years. I'm a full-time musician and a part-time runner, who completed a one-year 5K-a-day running streak. I run exclusively in FiveFingers, and my favourite distance is 5K with a current PR of 18:41. I also have a handful of running medals, but I don't like showing off so I keep them hidden in the zipped pocket of my laptop bag, mainly as an occasional reminder to myself that sometimes I can run pretty fast.
"If exercise is medicine – and it is – Ray Harmony is Gregory House by way of Patch Adams. A lively kick in the butt for lapsed gym dogs and a hymn to the awesome power of commitment."
—Bruce Grierson, author of What Makes Olga Run?

"I highly recommend this book. I know it's going to make a real difference in the lives of those who read it."
—Brenda Carey, editor of Vegan Health & Fitness magazine 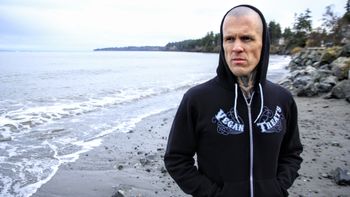 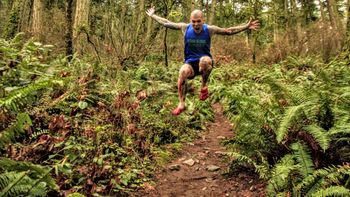 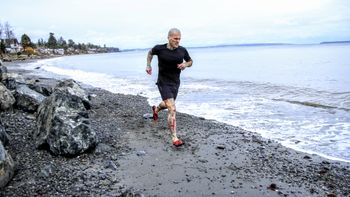 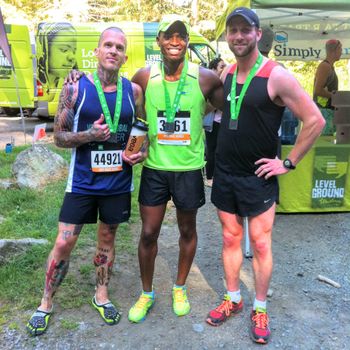 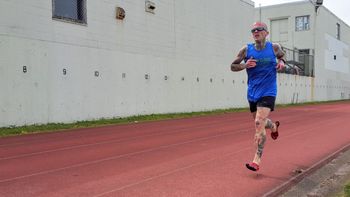 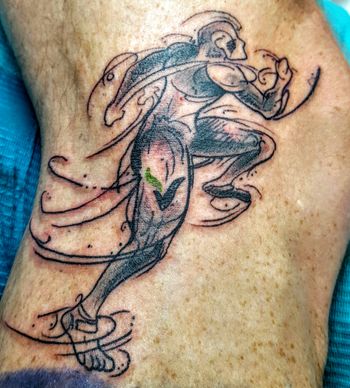 Why did I run 5K every day for a year?

I’ve got a six-string not a six-pack! I’m a British African musician who somehow ended up on a tiny Canadian island in a misguided attempt to hide from my severe situational depression. Ever since arriving in Vancouver from London three years earlier, I'd been suffering from debilitating depression as a result of immigrating for a second time.

Running was literally the only thing that gave me some temporary relief from this depression, so I started running 5K three times a week. This quickly became four times, which swiftly got kicked up to five, but this still left me feeling hopeless two days every week. So, my five runs a week inevitably turned into six, but surprisingly this actually made the depression on my one day-off even worse. Finally I gave in, and began running 5K every single day. Weeks turned into months, and with every passing month I felt better and better! Everyone was telling me to stop because my body needed a rest day to recover, but I just told 'em “That's what Vega Sport Recovery is for!” haha, and I carried on running! Seriously, my daily Vega had me totally recovered in less than 24 hours, which kept me on the road 365 days in a row.

Eventually the months turned into a year, and as I'd outrun my depression a few hundred kilometers back, I decided to stop and write a song and a short book about my experience. This run streak changed my life in the most unbelievable ways, literally! Not only did I cure my depression, and not only do I now have a 5K personal record of 18:41, but I also met my dream music/life partner along the way who I now run a successful music business with, we're living back in the city and making a couple new songs together every month, I am the happiest I've even been, and, I'm celebrating my 10-year vegan straightedge anniversary this month too. Yay!

If you are battling with depression, I feel you, and I'm sorry for your suffering. Please start running today, as there are no words to describe how much it helps, and reach out to a local group/charity for support as well. I thought my situational depression couldn't be cured, as it was due to my situation, which couldn't be changed. I was wrong, all depression can be cured! Running got me out of my head and into my body (i.e. reality), and as a result the positive side of my situation became crystal clear, and it was amazingly amazing!!!
Ray Harmony
2016

Gloves are shaped like hands, so why are shoes shaped like weird little pointy surfboards? When you bypass the brainwashing, it makes no sense whatsoever, especially considering we walk on our feet. Besides, it's safe to trust evolution over shoe corporations! Conventional shoes squash our toes together, damaging our feet and backs. And if you're a runner, cushioned soles encourage heel striking, which is the most common cause of running injuries. So feel the earth, spread your toes the way nature intended, and slip 'em into a pair of FiveFingers today. You can thank me later! 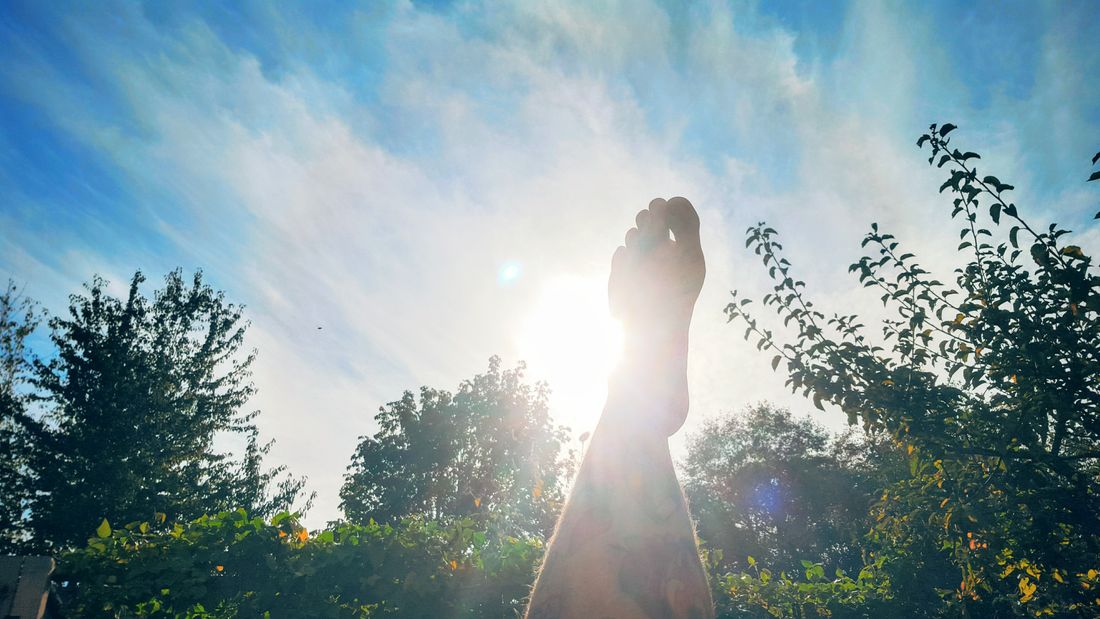